Exclusive enteral nutrition (EEN) involves treating patients with a completely liquid diet, using formula and formula alone to treat Inflammatory Bowel Disease (IBD). EEN has significant amount of research and support behind it! It leads to high rates of remission and is extremely successful especially when used in the early stages of disease especially with children and adolescents.   The North American Society of Pediatric Gastroenterology Hepatology and Nutrition (NASPGHAN) recommends EEN as a first-line therapy. Not only does it work to quiet inflammation but it also has been shown to improve the nutritional well-being of patients. In studies, EEN works equally as well as steroids but without the side effects that steroids have. Surprisingly EEN is not used as often in the United States as in other countries. In Europe, for example, over 50% of pediatric gastroenterologists regularly use EEN while that number is less than 5% in the United States. The reason for this difference is multi-factorial and may be related to both physician education and patient preference. With that being said, EEN is an efficacious and safe treatment for active Crohn’s disease.

There’ve been many studies examining the effect of EEN in active Crohn’s disease (Please see the research section of this website) with most studies estimating that EEN can induce remission in up to 85% of children newly diagnosed with Crohn’s disease. In addition, EEN works better at actually healing the mucosa, the lining of the gastrointestinal tract, of patients with IBD. Studies suggest mucosal healing with EEN is found in 75% of patients versus only 35% of patients on steroids after ten weeks of therapy. Another benefit of EEN over steroid usage is improved growth. This is especially important for pediatric patients.

Many questions arise with the use of EEN. The first is whether a patient has to be on strict EEN, where nothing else is eaten or drunk except the formula (and water) or, if other foods can be added along with this dietary treatment. When other foods are added, this is called partial enteral nutrition (PEN). Studies have shown that PEN does not work as well EEN to get patients into clinical remission. Because of this, when using nutritional therapy, we at Seattle Children's Hospital focus just on EEN. However, there are clinical IBD programs that use PEN as a primary therapy. The thought is that by using PEN over EEN to can make the treatment easier for their patients as children on PEN can include certain solid foods into their diets.  A recent research paper suggests that using PEN does not make treatment with formula easier for children. Of course, as I mentioned before, PEN also makes it less likely that the patient will get into clinical remission.

The other question that often comes up is how long should one be on EEN? Different studies have looked at varying durations of treatment. The majority of pediatric gastroenterologists use 6 to 8 weeks of therapy to induce clinical remission. Response to therapy is, as one would guess, dependent on the patient with clinical symptoms and inflammatory markers improving in as little as one week but for others, it can take multiple weeks. Also at times, physicians will push out the duration of EEN to 12 weeks to get the best healing and nutritional improvement.

Another question that often comes up is route of administration. Patients have two options: In the first, they can drink the formula or, in the second, they use a nasogastric tube (ng tube) and have the formula go through the ng tube, into their body. Making this decision is an important one as a common issue with EEN is ‘formula fatigue’ which mean individuals get so bored of drinking the same formula each day for 8 to 12 weeks, that they just can’t physically make themselves drink it.  Many patients find themselves with this issue weeks into treatment and that is where the nasogastric tube is a life saver. Although a nasogastric tube can seem odd or scary, it is a tool we use every day with small children, young adolescents and teenagers, all successfully.

Does it matter which formula one uses?  The answer is that it doesn’t matter which formula a patient uses whether it is a complex formula, meaning that the proteins are not broken down or an elemental formula, where the proteins are broken down to their constituent amino acids.  Each type of formula seems to work equally as well. You might be asking yourself at this point how can I take a formula made with all the ingredients that are not SCD approved and expect it to work for me? Should I just make my own formula with SCD approved foods? Although I am a proponent of dietary therapy, we know that EEN works.  I use EEN when patients have moderate disease or are having issues of poor weight gain or growth to assure the best outcomes. At Seattle Children’s we are currently researching the potential for homemade EEN to see if this will work as well as the store bought brands… but until then I would stick to what we know works!

For the most part EEN is used to get people with active Crohn’s disease into clinical mission. This is important to understand. Once EEN is stopped, the inflammation will come back unless a maintenance therapy is begun. Maintenance therapies can include medications such as mesalamine and immunosuppressives such as methotrexate or azathioprine but also includes nutritional therapy like the specific carbohydrate diet. As with any treatment option there are pros and cons to each and this should be discussed in-depth with your health care team. If considering medication, it’s important to begin the medication early on because it takes many weeks for the medication to become effective. If transitioning to SCD and clinically doing well, we simply shift the diet to the full SCD.  If the patient is still having symptoms or has elevated inflammatory markers, we will usually start at the beginning stages of the SCD.

I’m often asked whether disease location affects how well EEN works. The answer is unclear although most studies show that it doesn’t matter if a patient has ileal, ileoclonic or colonic Crohn’s disease, EEN works equally as well. Another question that is common is whether EEN works as well in adults as children. Most studies suggest that EEN works better in children but it’s unclear whether the lack of efficacy seen in adults is because of compliance issues or because of the disease itself.

So once you’ve decided you want to move forward with EEN, what are the next steps? Meet and discuss this option with your primary health care provider as well as a dietitian. They will calculate your estimated energy requirements based on ideal body weight. Then they will determine the amount of formula you need. Once EEN is begun, close follow-up is important. We follow patients on EEN similar to those that are beginning the SCD. This means seeing patients at 2, 4, and 8 weeks. During that time we assess how an individual is doing and adjust treatment as needed.

NASPGHAN IBD committee official comments on the use of EEN

1. EEN is an effective induction therapy in newly diagnosed and active CD.

2. EEN has an improved adverse-effect profile over corticosteroids.

3. EEN has been shown to promote mucosal healing and has beneficial effect on linear growth.

4. Elemental, semi-elemental, and polymeric formulas have similar efficacy in the induction of remission in pediatric CD .

5. For induction, published studies support a period of at least 8 weeks of EEN, but there may exist benefits for longer durations of up to 12 weeks in some individuals.

6. Ongoing use of PEN in conjunction with other therapeutic strategies may be especially beneficial in children with stunting and pubertal delay.

7. The components of a successful EEN program should incorporate physician, nurse and dietitian in addition to social work and/or psychological supports.

The anti-inflammatory effects of the SCD reduce disease activity in IBD. 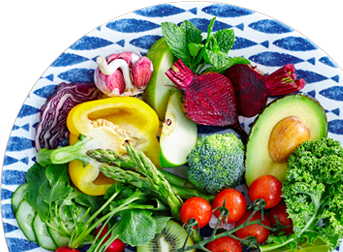