The Specific Carbohydrate diet is a nutritionally balanced diet focused on removing grains, diary except for yogurt fermented over 24 hours and sugars except for honey. The diet focuses on natural nutrient rich foods including vegetables, fruits, meats and nuts. Individuals can still have breads and pastries but ingredients are shifted from grain flours to nut flours such as almond flour and coconut flour. Although its use and popularity began in treating celiac disease, it positive effects have now been shown in IBD.

The Specific Carbohydrate Diet (SCD) has an interesting history. Most people think it started with a report written over a hundred years ago by an English pediatrician named Dr. Samuel Gee. In 1888, Dr. Gee published an article wherein he described his patients with celiac disease. That’s right, celiac disease—not inflammatory bowel disease. Dr. Gee would undoubtedly be surprised to see us reading about him now.

Aside from bringing celiac to the attention of the medical world, he made another important discovery: dietary treatment of celiac disease. “If the patient can be cured at all,” wrote Dr. Gee, “it must be by means of diet … the allowance of farinaceous food must be small.”

Farinaceous foods? While the word “farinaceous” may be one we don’t often use now, we know what it means: Farinaceous foods are ones that are heavily loaded with or solely consisting of particular starches such as those found in wheat, barley, rye, and spelt. Dr. Gee noted that when all grains or farinaceous foods were removed from the diets of celiac patients, they got better.

Dr. Gee had a keen mind. Through personal observation, he discovered the best way to treat celiac disease without even knowing why his method worked. He just knew it did. Now we know it’s not all the grains that are the culprits, but a specific protein found in certain grains that causes the problem in celiac—specifically gluten. Cheers to Dr. Gee for leading us in the right direction.

Dr. Gee’s work influenced others as well. Dr. Luther Emmett Holt, a leading American pediatrician in the early 1900s, carried Dr. Gee’s idea of restricting gluten to treat celiac disease even further, and his work went on to influence Dr. Sidney Valentine Haas in the 1920s. It is Dr. Haas to whom we give credit for taking everything that was then known and developing the guidelines for the specific carbohydrate diet or, as we call it, the SCD.

Dr. Haas, a pediatrician practicing in New York City, was also keenly observant. While he also treated his young patients by restricting grains, he noted that many of them were able to tolerate fruits, certain vegetables, and even milk protein. In 1923, Dr. Haas proclaimed eight patients “cured” of celiac disease by way of a diet that excluded all carbohydrates except for bananas, specifically those with black spots on their skins. Excluded from the diet were breads, crackers, potatoes, and all cereals. Dr. Haas had still not identified gluten as the culprit, but his success with this diet occurred because it did not contain gluten. This specific carbohydrate diet, affectionately known as the Banana Diet, gained wide acceptance and popularity. Especially for people who liked bananas.

In 1951, Dr. Haas published his findings in a book called Management of Celiac Disease. In it, Dr. Haas further defined his own rendition of the SCD, and he did not restrict its use to patients with celiac disease but prescribed it also for patients with a variety of intestinal afflictions, including ulcerative colitis. One of these patients was Judy Gottschall, the daughter of Elaine Gottschall.

The dedication of a determined mother

Judy Gottschall had been diagnosed with ulcerative colitis at the age of eight. In an attempt to find a cure, Judy had been seen by a bevy of physicians, but all had found Judy’s condition to be non-responsive to medical management. Finally, as a last resort, it was suggested that the rapidly deteriorating Judy needed surgery—not a solution easily accepted by her mother, Elaine Gottschall.

Luckily, an answer was just around the corner. Judy and Mrs. Gottschall were referred to Dr. Sydney Haas, who put Judy on his specific carbohydrate diet. Slowly but steadily, her symptoms began to disappear. Elaine later became Dr. Haas’s and the SCD’s most passionate and energetic supporter.

In 1987, Mrs. Gottschall, who by this time had become well-known as a key proponent of the SCD, published Food and the Gut Reaction, which was republished in 1994 as Breaking the Vicious Cycle. At the time of its publication, no formalized study of the SCD on inflammatory bowel disease had been done; yet Mrs. Gottschall’s book still has a strong following and continues to inspire people in the management of their IBD. It has also inspired numerous cookbooks that are geared specifically for the SCD.

Why did I become a strong advocate for the SCD?

In a few words: Because the diet WORKS! It reduces symptoms and in some cases even eradicates the need for medicine entirely. Where did I learn this? From observing my own patients and the success stories that come from them and their families. They talk, I listen, and then we all try to work out the best solution. I know individuals who have been on the SCD for decades and have done extremely well.

The SCD and nutrition are an important component in the health of IBD patients. The SCD is thought to work by modulating the harmful bacteria in the intestines. That said, more studies need to be done to prove this is true. So many unanswered questions still remain. For whom is it best suited? What are the most important components that make it work? Do different foods affect individuals differently? We can’t stop utilizing nutrition as a therapy, but we also have to continue to examine in detail the effects of nutrition on disease development and progression.

Although the SCD is a treatment method in which I have great confidence, like all treatment options, it may not be the right choice or effective for all. The benefits and downsides of dietary therapy need to be addressed early on. Therefore, if you remember only one thing from this website, it is that you, your child, your primary gastroenterologist, and your healthcare provider are a team. Knowing that is the most essential part in assuring that the medical care your child receives is the very best. 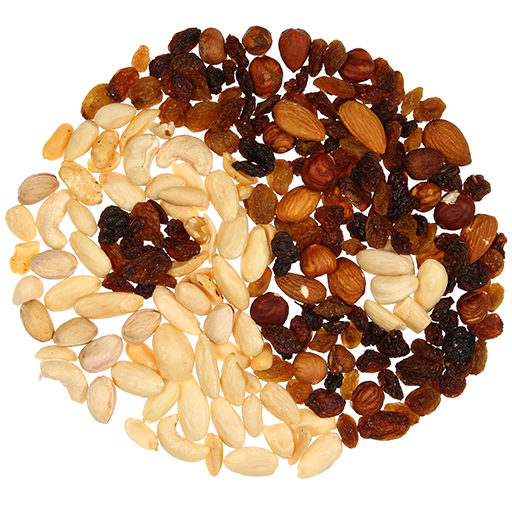